According to the Australian Bureau of Statistics (ABS), the population of Australia hit 24 million recently.

Much of Australia’s rapid population growth has been fueled by immigration, particularly by skilled foreign workers. Australia Immigration Professionals, a private Australian immigration service, has seen a huge influx of foreign nationals relocating to the country.

The ABS has estimated that the population of Australia is moving forward at an astounding rate of one birth nearly every two seconds, and a new immigrant every 2 minutes and 39 seconds.

The current death rate is one death about every 3.5 minutes. These statistics show why Australia is experiencing an overall population expansion of amazing proportions.

According to Assistant Treasurer, Alex Hawke, there is definitely room for growth. Hawke recently stated that Australia covers a huge continent with a relatively small population, and they can easily handle more people, as well as keep up with the quality of life and current harmonious culture of the country. 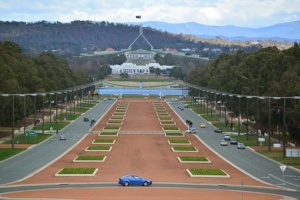 According to Australia Immigration Professionals, “We are thrilled to see more foreign nationals relocate to Australia to settle down, start families, and find great jobs.”

Currently, according to the ABS, the population of Australia is growing by one person every 1.5 minutes.

The most recent million people have been added in less than three years, according to Mark McCrindle, a social researcher. He added that in just the last year, over 310,000 people had been added to Australia’s population.

In addition, due to the aging workforce, migration has been the greatest contributor to this population growth since 2006. Just last year, 53% of total growth was due to immigration, while the remaining 47% was due to births (minus deaths).

The top five countries with the highest immigration to Australia are the United Kingdom, New Zealand, China, Vietnam, and India. Australia Immigration Professionals is seeing immigrants move to Australia from these countries and more.

Australian Jobs Are Available in Every Business Sector

Home Countries of Immigrants in Victoria Have Been Changing