There are many factors that determine our national identity, which can include our religion, our birthplace, and our local customs. For Australians, however, the primary factor to identify someone with their national identity is through their language.

These latest findings came from a report called “What It Takes to Truly Be ‘One of Us,’” that was published by the Pew Research Center in 2016 and included over 14,500 people from 14 countries.

Even though there has been some resistance, Aussies consider their English language to be of utmost importance. According to Australia Immigration Professionals, “Australia is known to be open to people of all countries.” 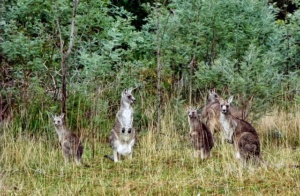 The Pew report showed that being born in most countries was not very important, with Australians showing that only 31% considered it very or somewhat important to be born an Aussie, and 69% said it’s not very important or not at all important. Only 21% of Canadians, 32% of Americans, and about 33% of European citizens believe that one’s birthplace is very important in order to be a true national.

Some countries where birthplace mattered were Japan, Greece, and Hungary, and 50% of the people from these countries considered birthplace to be very important. Australia Immigration Professionals has seen an increasing number of foreign nationals who want to relocate to Australia to start a new life.